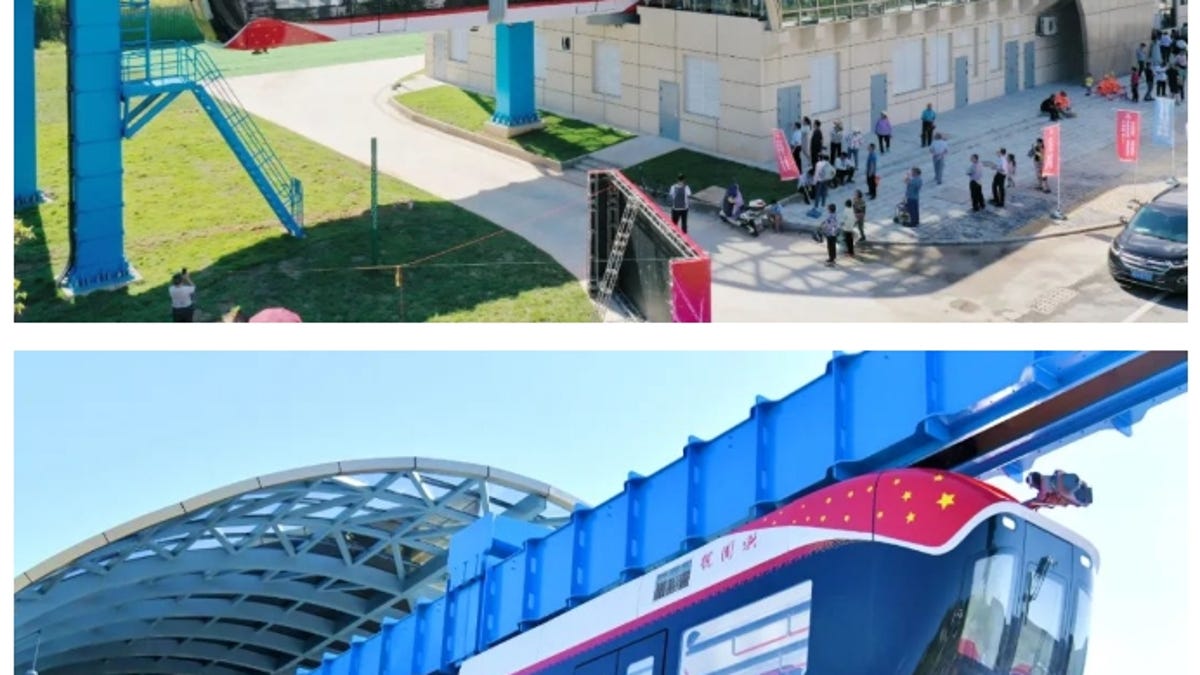 China this month launched its Red Rail, which is the world’s first suspended maglev line, according to a South China Morning Post article. The maglev “sky train” can stay afloat using permanent magnets, even without the presence of a power supply.

The 2,600-foot-long experimental rail is located in Southern China. A typical maglev train glides above its track, supported by magnetic repulsion and propelled by a linear motor. This one, however, moves underneath its track at a speed of 50 mph.  It operates about 32 feet above the ground and makes no physical contact with the rail as it.

After some test runs, local authorities said the line could even increase to 4.7 miles and its top operational speed can reach 75 mph.

The Red Rail uses powerful magnets that produce a constantly repelling force strong enough to suspend a train with 88 passengers in the air. There are permanent magnets in both the rail and the arm that surrounds the train, causing the arm and the train to repel each other and suspend the train.

The floating train is more efficient than the maglev alternatives because only a small amount of electricity is needed to propel the train, the technology generates little electromagnetic radiation and its construction cost is a tenth of that to build a subway, according to the researchers at Jiangxi University of Science and Technology.

Maglev lines that utilize electricity are bad for the environment because the strong electromagnetic field they generate can have a negative effect on the surroundings, including the health of people living nearby.

Despite all the benefits, there are many challenges to the floating maglev technology including keeping the train’s stability in an unpowered floating state. The researchers have made breakthroughs on train control and operational safety using new technologies, such as AI.

SEE: Artificial intelligence: 5 innovative applications that could change everything

It looks like this technology may not be reaching the US anytime soon. For one thing, China dominates the rare Earth supply, controlling more than 80% of the permanent magnet production capacity in the world.

How to tell what form of RAM you have

California is shelling out $20M to install photo voltaic panels over 1.6 miles of canals