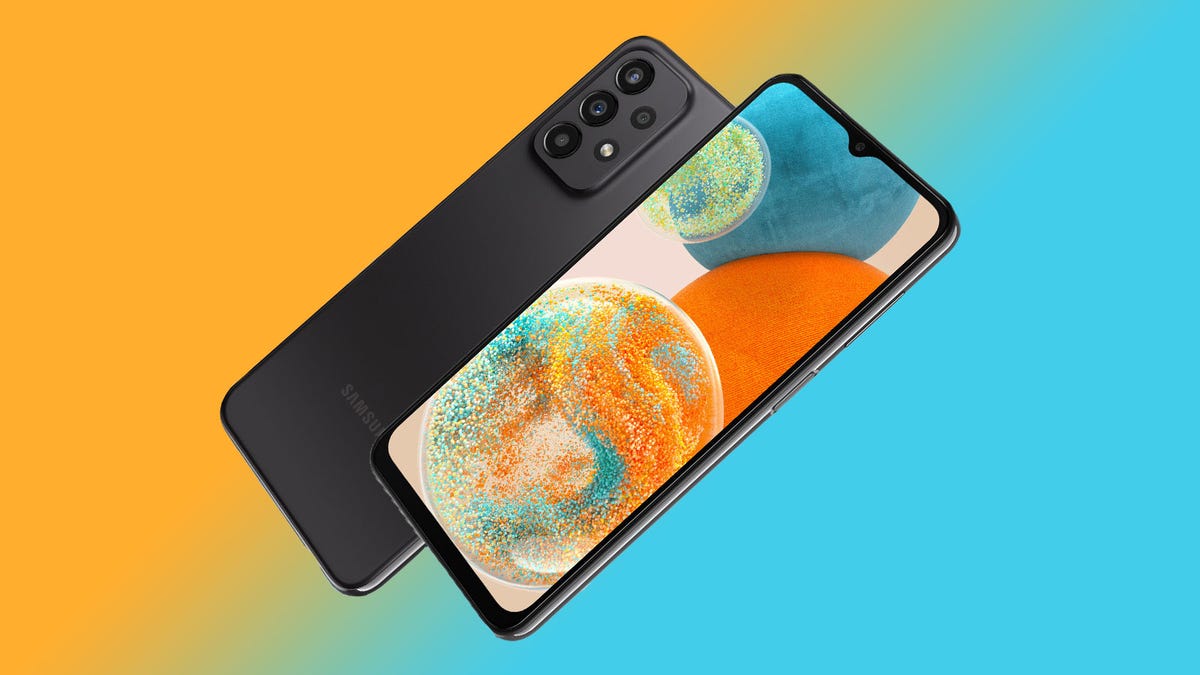 Samsung’s Galaxy A lineup of smartphones has never been about the glitz and glamour. Instead, they’re just well-rounded, thoughtfully assembled handsets that deliver most of what the more-expensive phones offer — for a fraction of the cost.

That holds true with the newly released Samsung Galaxy A23 5G. The device comes equipped with a large 6.6-inch, FHD+ LCD display that can ramp up to a 120Hz refresh rate, a promising 5,000mAh battery, 64GB of internal memory (with support for up to 1TB via microSD), a quad-camera setup that’s headlined by a 50MP main lens, and a Snapdragon 695 processor powering the Android 12 software.

As the name implies, the A23 5G also supports 5G networks within the US, though the capacity is limited to sub-6 and AT&T and T-Mobile — the two carriers that will be selling the phone.

Starting today, Samsung and major retailers will have the handset available unlocked and in the black colorway. No cutesy, playful colors this time around.

I won’t jump the gun with saying how the A23 5G stacks up against other mid-rangers, let alone flagships, but by the numbers alone, things are looking very, very promising for Samsung’s new entry.

Intel suggests it is not abandoning Arc graphics playing cards, is working on the up coming generations