The Character Guide for Stefan Salvatore in The Vampire Diaries 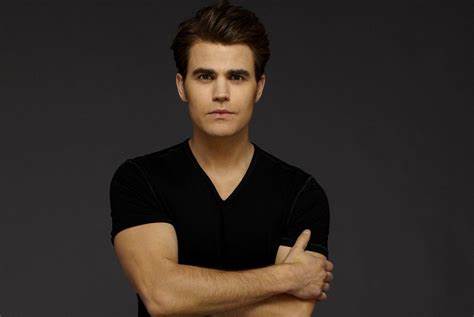 Here is everything the information you’ve been longing to know about the hot immortal who has a grudge against his older, evil brother, Damon, and a stake in Elena Gilbert’s heart.

Elena Gilbert is regularly conflicted about choosing between the Salvatore brothers throughout L.J. Smith’s The Vampire Diaries series. And if you’re a fan, you either support Stefan or Damon. Stefan Salvatore is the classic dreamy vampire boyfriend and one of the three points in the famous triangle at the heart of the novels that made vampires swoon-worthy long before Twilight. He has traveled far, from Renaissance Europe to contemporary Virginia. Here is every detail about Stefan Salvatore you ever wanted to know.

How is Stefan Salvatore described?

Stefan appears to be quite attractive in the books. He has traditional high cheekbones, wavy black hair, and deep green eyes. He is thin, tall (but not towering), and muscular. He is naturally pretty pale because he is a vampire. Oh, and despite being born in Italy in the year 1490, he is always 18 years old. Prior to being changed, Stefan spent the first 18 years of his existence as an Italian aristocrat. Stefan has an air of sweetness and purity about him despite the fact that he has the potential to be immensely powerful (and thusly dangerous). His voice is described as soothing and sweet. He is reputed to be a good buddy, and he frets over being morally upright and admirable. Stefan frequently dresses in black and luxury clothing as a nod to his aristocratic heritage. He wears a lapis lazuli ring on the middle finger of his right hand to shield him from the sun, and he never leaves the house without it.

Stefan, a vampire, is Damon’s brother, and the two have a tense relationship. The vampire who transformed them both, Katherine von Swartzschild, was the object of their love and rivalry when they were both humans. Katherine sadly killed herself because she was upset about the rift she made between Stefan and Damon. The brothers have since harbored even more animosity toward one another and have spent most of 500 years avoiding one another.

In the present, Stefan develops feelings for Elena, a human living in Fells Church, Virginia. However, when Stefan discovers Elena looks somewhat like Katherine, he is both terrified and intrigued. Additionally, Stefan is friends with Matt and Tyler, who play for the same high school football team as him. While his connection with Tyler is occasionally contentious, Stefan likes Matt. Additionally, he makes friends with Bonnie, a witch and Elena’s best friend, who later on joins him as an ally.

In The Vampire Diaries Series, what happens to Stefan Salvatore?

In The Awakening, Stefan makes his debut when he arrives at Fells Church after being forced to leave by an unknown power. He enrolls in high school to fit in because he appears so young, wants a new beginning, and is determined not to consume human blood. He runs into Elena there. Despite being immediately captivated by her, he resists approaching her due to Elena’s strong similarity to Katherine. He discovers that he can’t help but return. After the Homecoming dance, Tyler attacks Elena, and he steps in to save her. As they start dating, a string of assaults targets Fells Church. After their history teacher is killed and Stefan is linked to the crime, Stefan begins to fear that he is unconsciously attacking people. But eventually, the truth comes out. In Fells Church, his brother Damon has appeared; he too has been lured to the community by an enigmatic power. Damon intends to make Stefan’s life miserable. Stefan is shocked to learn that Elena is a vampire and decides to support him.

Damon is back in town in The Struggle, and he and Elena start to wonder if there is something—or someone—else behind the attacks. This complicates Stefan’s life. Despite their best efforts, Damon cannot be held responsible for everything that happens. When Stefan consumes blood for the first time in a very long time, things become much more difficult for him because the entire community still holds him responsible. Stefan struggles especially because of this. But that pales in comparison to discovering Elena dead after someone pushes her off a bridge and into the water.

The Fury, Stefan experiences grief, but only briefly. When Elena awakens from her death slumber, he finds that his beloved has been transformed into a vampire. He will now have to collaborate with Damon Salvatore to find out who attacked Elena, whether he likes it or not. In a startling turn of events, they learn that Katherine, their former sweetheart, has returned and is in the area. In actuality, she is the one who turned Elena and was behind all of the attacks. For an epic showdown against Katherine, Stefan must join forces with Damon. When Katherine and Elena both pass away, he is distraught.

After losing Elena, Stefan decides to flee Fells Church in Dark Reunion. He wants to get as far away from his anguish as possible. She calls him back to town, though, after Bonnie has a bizarre dream that implies Elena is in danger and a new evil has materialized in Fells Church. When Stefan arrives, he discovers that there is a mysterious power at work—werewolves. While trying to contact Elena via the veil, Stefan is forced to face the evil that is right in front of him. Tyler Smallwood, a werewolf with werewolf DNA, is being used by Klaus, the Original who transformed Katherine, to wreak havoc on the community. An epic standoff occurs between the characters and Klaus.

Stefan and Elena are together and content at the end of the first four Vampire Diaries books, if only briefly. Additionally, Stefan makes three subsequent spin-off trilogies, The Hunters, The Return, and The Salvation, all of which were released more than ten years after Dark Reunion, generally as the primary character. Only one book in the trilogy The Return features him largely out of the action. Stefan becomes imprisoned in the Dark Dimension in Shadow Souls; to free him, Elena and Damon work together. Stefan and Elena encounter numerous challenges both together and apart throughout The Vampire Diaries. In the end, they decide to live out the rest of eternity as soul partners.

What modifications has Stefan Salvatore undergone for the television version?

Stefan is portrayed by Paul Wesley in the television series The Vampire Diaries. Wesley effectively portrays most of Stefan’s distinguishing characteristics, despite the fact that the actor doesn’t appear exactly like Stefan as the novel describes him. In the television series, Stefan has brown hair instead of black curls and a tan complexion as opposed to being fair. He continues to be the kinder and softer Salvatore brother, with the same slim, muscular build and prominent cheekbones. The two things that Stefan finds most essential are that Elena is his soulmate and that he has trouble getting along with his brother Damon.